This mission critical Research Data Center is located on the first floor of the Multidisciplinary Studies building on the main campus of the University of Texas at San Antonio (UTSA). The 3,100 SF space was re-purposed from a previous student computer center. An existing raised floor was retained for the new data center. Due to security concerns of the individual researchers hosting their servers in the data center, our team included several segmented, access-controlled enclosures within the space.

Design for the project included implementing a previously prepared program and schematic design from an IT consultant. Constraints and challenges included continual occupancy of adjacent spaces; minimal downtime for electrical and chilled water service tie-in’s; and overall phasing. One existing panel was relocated, reconnected, and reused to serve loads not removed as part of this project. Two new 480Y/277V 800A redundant services from separate utility sources were created to serve a new 180 kW/200 kVA UPS and related CRAH units. The new UPS serves six remote power panels (RPPs) that, in turn, serve owner IT loads. The design included provisions for adding a second UPS without undoing any part of design and adding a generator without major changes to the service. A one-line diagram was included in drawings for future expansion. 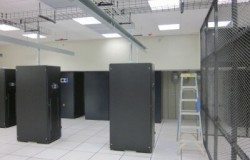 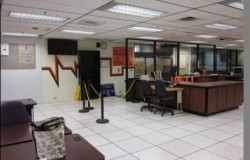