Built in 1865, the Plaza de Armas Building is situated near the Spanish Governor’s Palace and City Hall; the four buildings together are referred to as Military Plaza. The Plaza de Armas Building underwent a large renovation with improvements to include two television studios, a theater, an art gallery, cultural activity space, retail/restaurant space, and administrative offices. We provided all MEP services for the interior and exterior renovations including upgrades to the HVAC, electrical and lighting systems.

The unique characteristics of this building required special attention to a range of issues during design and construction. First, because of the building’s historic nature, our team faced a few challenges in adding state of the art MEP systems. For example, to highlight the building’s historic attributes and maintain the exposed wood trusses, we took great care to conceal ducting and other piping. Additionally, the mechanical and electrical rooms in the basement level had several obstacles to work around, including large columns and low ceilings, so our designs and equipment specifications were chosen accordingly. Next, for the TV studio, we added an uninterruptable power supply to ensure continued editing capabilities in case of power loss, and also made sure that any noise or visibility of HVAC components would not interfere with recording. Third, due to budget constraints, we were unable to use the standard issue underground vault for the transformer, so we collaborated with Byrne Construction and CPS Energy to build an above ground vault concealed by a decorative structure in the rear alley. Last, the building was retrofitted during the renovation process, and while some portions were unoccupied, others remained in use by the City of San Antonio which required careful construction phasing. 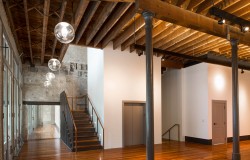 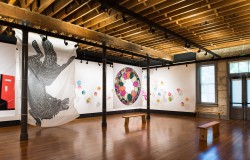 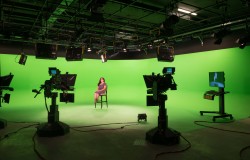 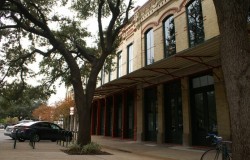