The Henry B. Gonzalez Convention Center is San Antonio’s premier convention venue, hosting more than 300 events a year. Located in the heart of downtown San Antonio along the Riverwalk, 750,000 convention attendees walk through its doors each year. While currently undergoing a major renovation and the addition of over 800,000 square feet, Cleary Zimmermann has been instrumental in the renovations and studies that enabled its growth to this point.

In 2008, our team performed the interior renovations to the Convention and Visitors Bureau offices. Then, in 2010 Cleary Zimmermann Engineers performed a survey of the mechanical and plumbing systems serving the Convention Center to assist its staff in identifying deficiencies in the existing MEP systems. The assessment was developed from the review of existing available drawings, walkthroughs of the facility, and discussions with HBGCC maintenance and operations staff. The assessment was then used as a tool to prioritize needs and address issues in the capital improvement plan. Our team then completed Convention Center Upgrades based on the recommendations of this study which consisted of four (4) packages: conduits and power to new digital signage, new lavatories, new light fixtures in 11 elevators, and renovating security space into a concierge station. The following year, in 2011, we also completed Toilet Room Upgrades.

Finally, in 2014 we undertook an Electrical Service Study for the Convention Center. We served as third party reviewer for the idea of connecting the building to CPS via service entrance bus duct in lieu of feeders and conduits, potentially saving the project $800,000. 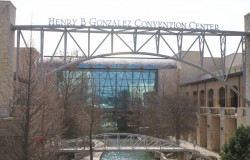 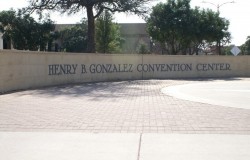 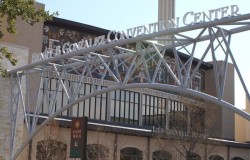